5.0 out of 5 stars LARGER THAN LIFE May 27, 2013
By marty
Format:Kindle Edition
“Hollywood Huckster” is a breath taking, page turning and brilliantly funny tale about one of the most notorious comedy writers in the history of Hollywood. In the late 70’s and 80’s, Kevin (he’ll burn that bridge when he gets to it) Hartigan was the scourge of tinseltown deal-makers. This collection of jaw-dropping studio and network tales comes from Hartigan’s writing partner and sometimes fall guy, David Garber. Through Garber we follow the rollarcoaster career arc of the writing team of HARTIGAN & GARBER – Although well aware that his larger than life writing partner is both a blessing and a curse, Garber is along for the ride. Hartigan’s outrageous mouth gets them a two picture deal in one minute and thrown out the door the next. The author also doesn’t pull any punches when discussing the plethora of drugs on hand in that infamous era of “hollywood high” – Like Don Draper and Scotch, Hartigan would seem to be forever geturing with a joint in hand.

I HIGHly recommend this book. It’s an amazing insight into both genious and self destruction. The era.. the stars… the little people… and the marijuana pizza joints… And you’ll be amazed at how the Holywood Hipsters of the late 70’s manipulated and beat the sysem… in really funny ways… 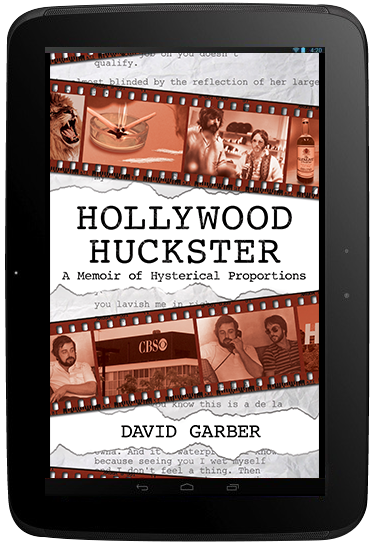